Can today's renewable companies become power companies of the future?

India in its journey of achieving milestones in the renewable energy sector has seen significant developments since 2015 which points to an accelerated pace of growth for this sector. As of September 2016, cumulative solar installations totalled 8.6 gigawatt (GW), with installations of 3.3 GW in the year 2016. Capacity development for utility scale solar has been firmed up with the solar project development pipeline in India currently at 15 GW ; 6 GW solar power is lined up to be auctioned. At least four Indian states now have more than 1 GW of installed solar capacity.

A roundtable was convened by Sustainability Outlook and Climate Connect at the 6th Annual Summit of the Sustainable Business Leadership Forum to address how the renewable energy IPPs in India can become the power companies in future, as they scale-up in their operations.On the Solar front, the top 20 Developers account for 75% of India’s Solar Project pipeline of which a major share has been in states such as- Andhra Pradesh, Karnataka and Telangana. Thus, there is significant capacity lined up for solar technology, however so far the growth has been lop-sided in favor of only a few geographies. 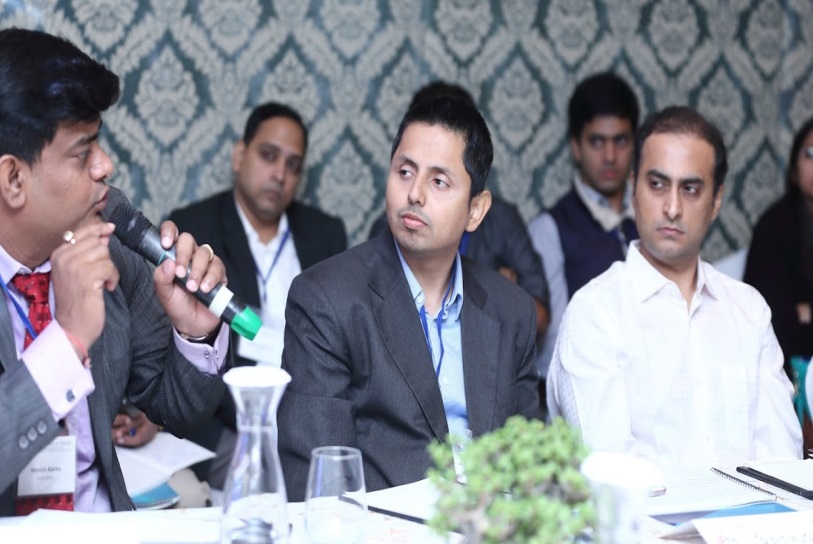 Despite the policy push, we may fall short of the 175 GW target

There has definitely been a strong policy push from the Indian government for renewables. For instance- the government plans to set up a US$ 400 million fund, sourced from the World Bank, which would be used to protect renewable energy producers from payment delays by power distribution firms. Further, the Ministry of Power plans to set up two funds of US$ 1 billion each, which would give investment support for stressed power assets and renewable energy projects in the country. Also, the Solar Energy Corporation of India (SECI) is setting up a ₹15 billion (~US$224 million) payment security fund in order to ensure timely payments to developers. The payment security fund will cater to projects developed through Viability Gap Funding (VGF) under the National Solar Mission (NSM). 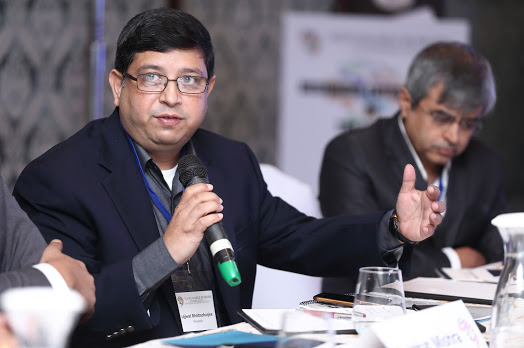 At the policy level, solar energy sector has witnessed a relatively greater push as compared to wind energy in India.  According to Mr. Ujjawal Bhattacharjee, Director, Tetra tech, wind sector has seen significant IPP activity due to the familiarity with risk profiles, while Utility-scale solar sector is still emerging. Revenue certainty is one of the key elements of risk mitigation which is an area of concern with the poor financial health of state Utilities. To ensure that at a country level we stay on course towards achieving the 175 GW renewable targets by 2022 -- the government would need to focus on “Public Private Partnership” model for rapid facilitation and mobilization of key resources, which will create enabling condition for an accelerated engagement of the private sector towards expanding renewables footprint in India.

According to Mr. Saumya Parida, GM (Power Sales and Regulatory), Continnum, certainty in policies needs to be ensured so that investment is not affected. He contended that there is a need for support from State Government to DISCOMs to purchase the renewable power and meet RPO Obligation.  Some of the other solutions suggested by him included promotion of Small Hydro (<25MW) for interstate Sales to act as a balancing mechanism for wind and solar, rationalization of transmission charges for RE to reduce the burden on RE generators and promotion of  mass scale adoption of Energy Storage to trigger a fall in prices of energy storage.

With installed capacity base reaching critical mass, there is high likelihood for market consolidation

All the session speakers jointly agreed that the relatively larger companies with stronger balance sheets which are backed by private equity Investors and have ample access to cheaper funding from abroad, have the advantage of being positioned favourably and are well-prepared to grow inorganically. But, the small developers are at a relative disadvantage due to difficulty in arranging financing, aggressive bidding by larger players and poor negotiating power against DISCOMs in PPA agreements.  Thus, indeed market consolidation is expected to get accelerated overtime and distinct changes have been happening. For instance –as much as 75% of select industrial stakeholders believe that solar PV tariff bids will be falling below the current low of Rs. 4.35/kWh.

Solar PV tariff bids will be falling below the current low of Rs. 4.35/kWh

In order to understand the market sentiment for renewable energy, cKinetics and Climate Connect conducted a survey among 24 key industry respondents, which included IPP’s, regulators, Power Exchanges and other stakeholders of power sector. Some of the key findings of the survey included: 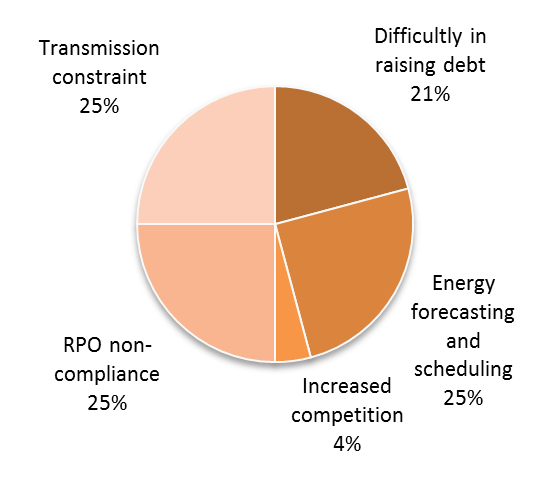 Addressing the question on the current level of preparedness of the IPPs to deal with the present and prospective challenges, Mr. Saumya Parida, GM (Power Sales and Regulatory), Continuum highlighted that IPPs are coming forward to adopt innovative means of financing such Green Bonds, Masala Bonds, other currency denomination bonds, long tenure debt financing etc and focusing on faster project execution so as to keep IDC low. They have been adopting machines of higher class to reduce per MW costs and generate more power with the same footprint. Further, IPPs are also actively sharing their views and concerns related to various polices with central/state governments. Overall, IPPs have adequately prepared themselves to handle all issues which are under their control.

The key expectations that emerged from the stakeholder consultations included that IPPs shouldn’t compromise on quality after placing hyper-aggressive bids and preferably should participate in newer market development initiatives such as tenders for Solar-Wind Hybrids and Off-shore wind projects which have a lot of unexplored potential. Banks and other financial institutions need to come out with a standard PPA document or be extensively consulted/ involved in the preparation of the Standardized Bidding documents. There is a need to sensitize the banks/FIs to the solar rooftop sector through the preparation of financing frameworks. DISCOMs should ensure their enrolment in the UDAY scheme to avail the scheme benefits and be capable of fulfilling RPO obligations while OEMs must work towards reducing the cost of Energy Storage technologies. 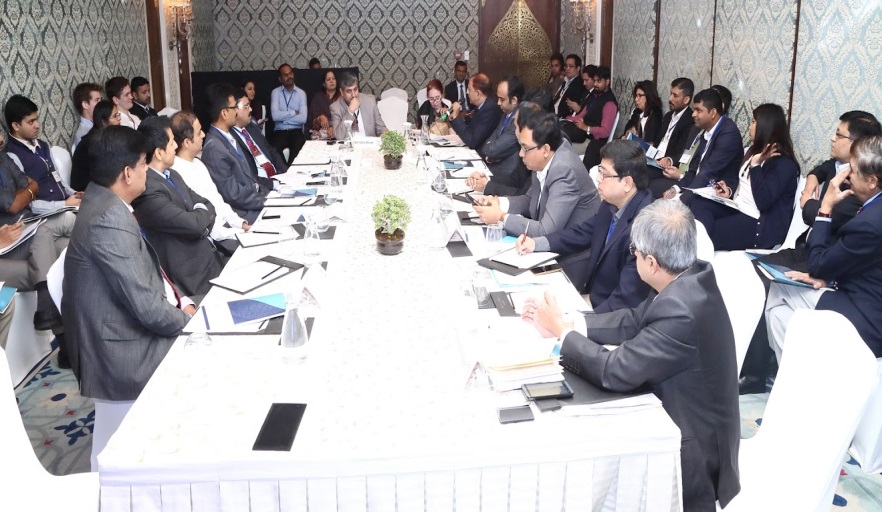